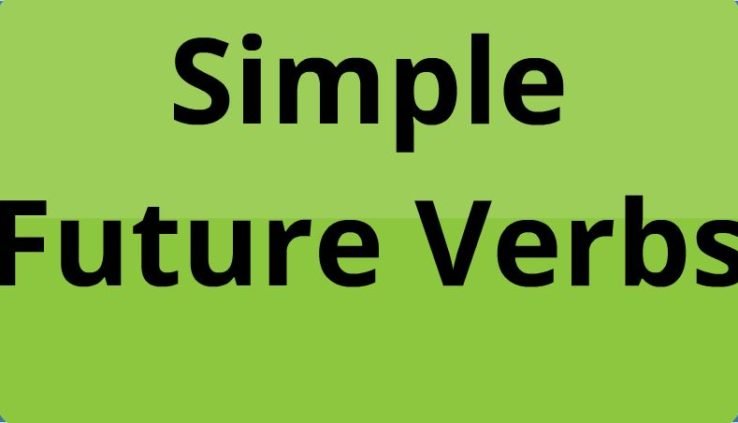 This post will cover Simple Future Verbs. Simple Future Verbs discuss things that have not happened. They are in the future. They will happen at some point but they are not in the present or the past. In English, we use the word ‘will‘ to talk about something that has not happened. In Haitian Creole, we can use A, Ap, or Pral. Pral is used more to talk about something that is going to happen. For example, ‘I am going to eat tonight’ translates to ‘Mwen (m) pral manje aswè a’. We can also talk about eating tonight by saying ‘I will eat tonight’ which translates to ‘mwen (m) ap manje aswè a’ which is a very strong way to say I will eat for sure. We can also say ‘mwen (m) a manje aswè a’ which also means ‘I will eat tonight’ but it’s weaker, I might not eat tonight. Both A and Ap mean ‘will’ but Ap is mostly used when one is really sure something will happen. Try not to overthink it, using ‘Ap’ doesn’t mean someone will keep their words and using ‘A’ doesn’t mean they won’t. Also, usually when we use the word ‘ap’, it can mean something is happening right now so try to give a time frame when using it for future. For example,’ m ap manje’ is ‘I am eating’. But ‘m ap manje pita’ means ‘I will eat later’. The word ‘pita’ which means ‘later’ makes it future because it hasn’t happened. ‘M a manje pita’ also means ‘I will eat later’. We also have another video where we covered simple verbs. Click here to watch it.

Will = Ap (more sure about doing something, it might not happen but it’s still stronger)

Will = A (will do something but no assurance given, it’s weaker)

Will = Pral (going to do something)

You will go eat now = Ou pral manje kounye a

You are going to eat now = Ou pral manje kounye a

You (plural) will read two books this week = Nou ap (n ap) li de liv semenn sa  (High probability you will have to read two books. If a teacher says that then it means you don’t have a choice)

I will Call you Tuesday = Mwen a (m a) rele ou Madi (I might call you but I could be saying it to get you off my back. Even though in that moment I am not giving my words 100% but it doesn’t mean I won’t call)

They will cook the food later = Yo ap (Y ap) kuit manje a pita (the food will be done, strong statement)

They will cook the food later = Yo a (Y a) kuit manje a pita (the food may be done later, weak statement)

Yes I am going to school = Wi mwen pral lekòl

Will you call me later? = Ou ap rele m pita? (will it happen for sure)

Will you call me later? = Ou a rele m pita? (I really want you to call me but I would like to know if you will, weaker question)

I hope you didn’t find this post confusing especially when it comes to using ‘A’ or ‘Ap’. Remember they both mean the same thing. Using one over the other doesn’t mean something will or won’t happen. It’s just a matter of how strong or weak someone makes a statement or asks a question.

Watch this video for pronunciations

Welcome to Learn Haitian Creole. This site provides videos in Haitian Creole for those who would like to learn the most common language spoken in Haiti. We currently have videos teaching about family, Haitian food, body parts, words and phrases in Haitian Creole, short conversations, travel to Haiti, communicating with your child if you are an adoptive parent, animals, and many more videos to come. Please subscribe to my YouTube channel and this website for current and future videos.  YOUTUBE CHANNEL

We now offer all our videos on a podcast so you can listen from anywhere. Click here to listen. PODCAST

We now have a Facebook group for those who would like to have more interactions with like-minded people. This is a safe place to ask questions. We also welcome those who are already fluent and would like to help fellow members. FACEBOOK GROUP

Disclosure: This page may contain affiliate links. As an Amazon Associate we earn from qualifying purchases. Clicking on these links will not cost you any extra fees.